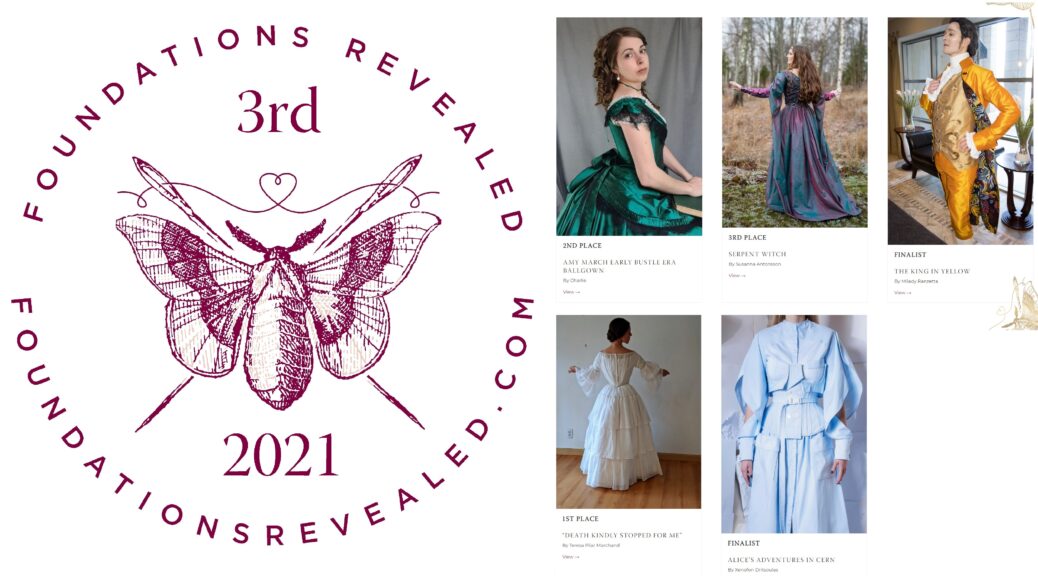 Since I published the pictures of my gown for the Serpent Witch, I have recieved so many incredibly fine comments from those who saw my facebook post. As it attracted so much attention, I was interviewed by the local newspaper and the interview and pictures got two and a half pages! After that, even more people (both acquaintances and strangers) have shown their appreciation and I feel a bit like a local celebrity. The interview was obviously so good that they now want to make another interview concerning the interview.

On the 9th of April, Ruth Goodman announced the winners (my absolute favourites on first and second place, huzza!) and I was on the third place! I am so happy, honoured and proud.